How Liverpool Has Changed 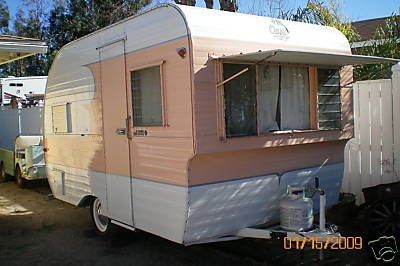 Liverpool in England used to have a bit of an image problem. Back in the 70s and 80s it was hard hit by recession and TV series like The Liver Birds and Boys from the Blackstuff showed it as gritty, run-down, and disreputable.

Fast forward to 2008 and Liverpool’s reign as European Capital of Culture. Obviously things have changed. This is now a city where RIBA – the architects’ trade association – runs two architectural tours, one of the Pier Head area and the other focused on the two cathedrals, and where the film and video arts have their own arts centre in FACT.

Liverpool is the kind of city where you come across a lady feeding pigeons at Pier Head, with her shopping bags piled up beside her on the bench. From time to time one of the seagulls, lords of all they survey, rushes in with his sharp beak, putting the pigeons to flight, and rushes out again cramming a whole slice of bread down its gullet.

But this is Liverpool; she’s dressed elegantly in black velvet with a filmy white gauze scarf and patent leather shoes.

“Liverpool’s really changed,” she told me. “It’s a nice town now. Look around here, they’ve done such a lot with it. There are dog walkers now; you didn’t use to see so many dogs, but there are lots of apartments now so there are always people walking their dogs at Pierhead.”

Not everyone approves of the changes. In the Baltic Fleet pub, someone tells me the bar used to be in the corner. “You used to have a devil of a time getting served,” he says. “Now, it’s lost a bit of its character, it’s not like it used to be. It’s too easy getting served these days!”

Later in the day I overhear an old man talking to his friend on the steps of St George’s Hall, looking out over the roofs of the city from this hilltop viewpoint. “There used to be all those little shops down there, and there were all the pubs, that was a busy area back then, always something going on. Now it’s just a shopping centre.” Then he pointed at the Holiday Inn, “And when did they build that monstrosity?”

Even so, Liverpool seems to have managed the change without losing its essential character. The Albert Dock now houses Tate Liverpool and other museums, but there are still boats tied up to the quays; Base2Stay Hotel has arrived on Seel Street retaining the severe Victorian industrial fa?Ã¯Â¿Â½ade of the original building. And you can still get Scouse, the stew that gives the locals and their dialect its name, for about AÃ¯Â¿Â½3 – only now the chef will point out that it’s all made from fresh ingredients with no flavour enhancers.

Liverpool may have changed, but the friendliness of the locals remains constant – it was voted the UK’s friendliest city by readers of Conde Nast Traveler magazine for the second year running. It’s well worth a visit.