Vlora – What to See in Albania’s Second Largest Port City 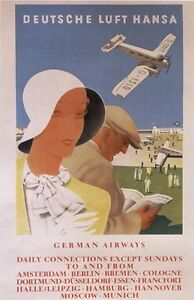 Vlora is a coastal city on Albania’s Adriatic Coast. It is reputed to be one of the most beautiful places in the Mediterranean region and in recent years has become an important tourist center. With nice sandy beaches, the summer time is an ideal time to visit Vlora. You can swim in the sea beginning in May and the water is still warm enough in October to enjoy a pleasant outing at the beach.

Besides the beach, Vlora has a rich cultural history dating back to the 6th Century B.C. A stone wall was built around the city in the 4th Century B.C. and it was the main port of Illyria (the ancient name for Albania). During that era Vlora was well known for its olives, wine and for the production of salt.

In the medieval period Vlora was under the administration of several different rulers. The Normans conquered the region in 1081, and it later came on rule of Venice before being handed over to Germans. In 1272 it became part of the kingdom of Arbria and in the 1400s an Albanian feudal family dominated the city. Finally, in 1417 Vlora was the first port to fall to the Ottoman Turks. The Ottomans built mosques and fortresses and other monuments during their rule of 500 years.

In the modern era, Albania obtained its independence in 1912 and Vlora was the place where that independence was declared. Fittingly, there is a museum dedicated to the Independence movement in Vlora and it should be near the top of your list if you are visiting Vlora for cultural purposes.

Another important place to visit in Vlora is the Mosque of Muradie. It was built in 1542 and was designed by the architect Sinani. It was commissioned by Sultan Sulejman who was in Vlora and preparing a naval attack on Italy.

The castle of Kanina is another must-see place for any cultural tour of Vlora. This castle dominated the entire medieval period of Vlora and is located in the present day Kanina village near the city. If you like old castles, then you can go on to visit the castles of Porto-Palermo, Himara and Ilias which all lie in the area around Vlora.

In addition to the previously mentioned Museum of Independence, the city also has a Museum of Ethnography and a Museum of History.

In case you are wondering about accommodations and other facilities, the natural beauty and cultural heritage of this city have made it a magnet for tourists; thus, the tourism infrastructure has developed rapidly in the past few years. So you should be able to find what you need to make your stay comfortable.

Whether you want to enjoy the pleasures of a sandy beach on the sunny Adriatic sea or take a first hand look at cultural artifacts stretching back to the sixth century BC, Vlora is the place for you.