The Difference Between Syrah and Shiraz 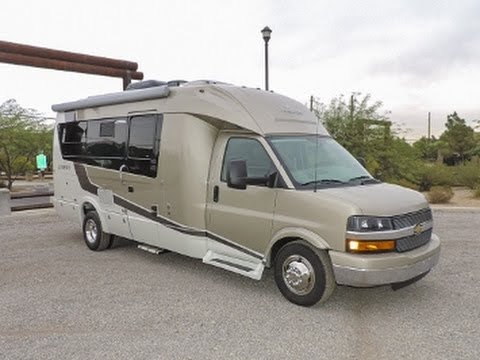 The Difference between Syrah and Shiraz is mostly in the name. To paraphrase Shakespeare, What’s in a name? That which we call Shiraz is merely the Australian name of France’s Syrah. The Syrah wine grape, known as Shiraz in Australia, is native to the Rhone Valley, in southeastern France, where it still thrives today.

Syrah and Shiraz wines are made from the same grape variety but, as is true of wine in general, the taste is very much dependent on the various terroir and winemaking styles it’s produced under. Even in the Rhone Valley itself, there is an enormous difference between the way Syrah is used in the northern and southern wine-producing regions.

Northern Rhone reds are usually made from 100% Syrah grapes and often described as being powerful, manly, meaty, leathery, strapping, vigorous, serious, peppery, bold, etc. They are dark, intense, and masculine wines that generally require years of aging to tame their strong tannins. This is particularly true of the Syrahs produced in the Hermitage appellation, some of which are classed among the world’s finest wines.

Southern Rhone reds are usually blends of Syrah, Grenache and Mourvedre. The most famous Southern Rhone appellation, Ch?Ã¯Â¿Â½teauneuf-du-Pape, permits the use of 13 different grape varieties, but the most important are the three aforementioned varieties, especially Grenache. These are also deep colored and robust reds, but they are more approachable than their northern neighbors, and personally, I prefer the Southern Rhones because I find them to be much more food-friendly.

Shiraz, as its known Down Under, is Australia’s most important red wine grape. It’s also the most widely planted, with over 100,000 acres of vineyard devoted to it, making Australia the world’s second largest producer of Syrah/Shiraz, after France. Australian Shiraz runs the gamut in terms of both price and quality. It not difficult to find some quite drinkable Shiraz and Shiraz-Cabernet Sauvignon blends for under $10.00. At the other end of the spectrum is Penfolds Grange. This is Australia’s one truly iconic wine, and it can be as expensive as a fine Bordeaux or Burgundy. Doing a quick Google search, I found the Penfolds Grange 2005, the latest release at time of writing, at prices ranging from $360.00 to $550.00 per bottle, and some of the classic vintages can can cost thousands of dollars to purchase. This is also a big, powerful and masculine wine (usually 100% percent Shiraz, but blended with a small mount of Cabernet Sauvignon in some vintages) but easily distinguishable from Northern Rhone Syrah due to the different terroir and, in no small part, from the fact that Penfolds Grange is aged in new American oak barrels.

California, with about 20,000 acres of Syrah vineyards, is the other big producer of Syrah varietals and blends. Of course, many excellent Syrahs are vinified and bottled in Napa Valley and Sonoma, but in recent years it has become an important grape in the Central Coast region–particularly in Paso Robles and Santa Barbara County. In fact, Wine Spectator named a Paso Robles wine, Saxum Winery’s James Berry Vineyard Paso Robles 2007, its wine of the year for 2010. Being a blend of Grenache, Mourv?Ã¯Â¿Â½dre and Syrah, it’s made very much in the Southern Rhone style. Two Santa Barbara County Syrahs also made the top 100 list: Tensley’s Syrah Santa Barbara County Colson Canyon Vineyard 2008 and Zaca Mesa’s Syrah Santa Ynez Valley 2006, at no. 17 and 29 respectively. The Syrahs produced in Washington State have also recently been winning accolades, from wine critics and drinkers alike.

The other Syrah producing countries are South Africa (where it’s generally referred to as Shiraz, but labeled Syrah for wines made in the Rhone style), Argentina and Chile.

Just to make matters more confusing, there is another varietal, mainly grown in California, called Petite Sirah or Petite Syrah that is actually not Syrah, but rather a hybrid of Syrah and an obscure Rhone grape called Peloursin. The hybrid was discovered in 1880 by a French botanist, Francois Durif, who named the new variety after himself. It’s now known as Durif in Australia, and Petite Sirah in California and Israel.