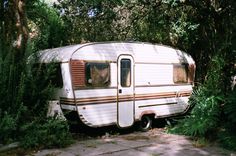 London’s Westminster area is packed full of the capital’s most famous landmarks. You’ll find Buckingham Palace, the Houses of Parliament, Big Ben and the River Thames in this area. There are also lots of other attractions for tourists in and around Westminster.

The London Eye is located on the south bank of the river Thames and stands an impressive 135 meters high. This is the world’s biggest observation wheel with 32 capsules that hold up to 25 people each. On a clear day from the very top it is possible to see views of anything up to 25 miles in every direction. You can spot lots of famous London landmarks from the top and during your ascent, including Big Ben, Windsor Castle and St Paul’s Cathedral to name just a few.

Another place worth a visit in the Westminster area is The London Aquarium. Here you will find 3000 different types of aquatic and marine life housed in huge tanks. The impressive stingrays and sharks amaze children and adults alike, and shark-feeding time is a popular daily event. The aquarium covers 3 floors and daily talks about the sea creatures are given during the day.

Originally part of St Thomas’ Hospital, the Florence Nightingale Museum is a treasure trove of unique artifacts relating to the famous Lady of the Lamp. Here you will find fascinating items such as Athena, her pet owl that was stuffed by a taxidermist after it died, the medical chest she took with her to Turkey and of course the famous Turkish Lantern she carried when doing her rounds during the Crimean War.

Westminster Abbey has been used for every coronation in England since 1066 so this historical landmark is well worth a visit. The building as it stands to day was started around 1245 and has a mix of architectural styles. The organ inside the abbey is stunning and was built in 1937 and the nave is the resting place of notables such as Charles Dickens, Rudyard Kipling, Geoffrey Chaucer, Charles Darwin and Sir Isaac Newton. This is a working abbey and it is possible to attend services here or you can choose to look around outside of service times.

Also in Westminster is the Tate Britain Gallery, which is home to British works of art from 1500 to the modern day. Admission to the gallery is free except for some of the featured exhibitions. Works of art from past artists like Blake and Hogarth to twentieth century artists such as Hockney and Bacon can be found at this fascinating art gallery.

Also in the area is St James Park, a beautiful park that is popular with those who enjoy green scenery and tranquil views. The lake here is home to a number of geese, black swans, ducks and even pelicans. There is a good children’s play area and also a caf?Ã¯Â¿Â½ for refreshments.