The 10 Destinations You Must Visit in India 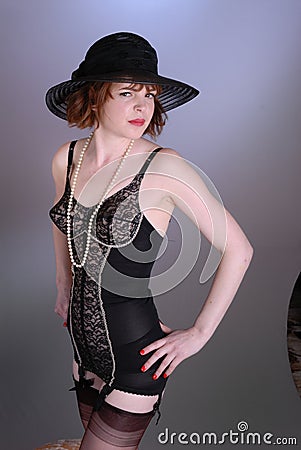 India is one of the most culturally deep and historically rich countries on the Earth. It is not only a luxury living paradise, but also the land of diversity and its diversity can be seen in its culture, tradition, and geography. It is a country as steeped in customs and tradition as it is in beautiful scenery. Whether you prefer to take your vacation experiencing historical landmarks or relaxing on the beach, India has something for you.

These are just some of the important places:-

1. AGRA- It was during the Mughal era that Agra first gained prominence, during the 16th and 17th centuries when it served as their capital. The Moghul passion for building endowed Agra with some of the loveliest buildings in the world.

Emperor Shah Jahan built the Taj Mahal between 1630-1653 as a memorial in white marble to his queen Mumtaz Mahal. Taj Mahal is one of the Seven Wonders of the World and the greatest love stories ever written with white marble and precious stones. Perhaps the most perfect architectural monument in the world.

2. JAIPUR- Jaipur is the state capital of Rajasthan and owes its name, planning and foundation to the Maharaja Jai Singh II. In 1727, Jai Singh decided to move from his hillside fortress at Amber to the plains, and thus Jaipur was conceived. It is also known as the “Pink City”, derived from the pink painted sandstone from which the buildings in the old walled city are constructed.

3. JODHPUR- If you are the sort that fancies rustic villages, forts, palaces, and the old-world charm, look no further than Jodhpur. Aptly called the land of loyalty, dedication and love, Jodhpur boasts of great romantic legends and sagas, much of which has become a part of the way of life here; in the colorful crafts, the grand havelis and the bejeweled camel caravans.

4. UDAIPUR- Udaipur is a serene desert city, built on the banks of Lake Pichola by Maharana Udai Singh in the 16th century. This romantic city, surrounded by high ranges of the Aravallis, over the years, has become a traditional, beautiful and handsome Rajput city of lakes and fountains. It still evokes the rich sensibilities of a royal lineage long gone by, leaving only this dreamy city to continue forever.

5. DARJEELING- Darjeeling, with its clean and refreshing air, acres of lush tea plantations and charming toy trains chugging along industriously, offers a picture-perfect getaway for couples. Watching the sun spray its golden rays on the Kanchenjunga is the icing on the cake, as this place rightfully stakes its claim as one of the most popular honeymoon locations in India.

6. GOA- The setting sun, miles upon miles of golden sand, the gentle rustle of coconut palms, a plethora of multi-cuisine restaurants and beaches make Goa an ideal destination for romance and relaxation.

7. ANDAMAN & NICOBAR ISLANDS- Andaman & Nicobar Islands are an archipelago of 572 islands located in the Bay of Bengal. The swaying palms, the golden shimmer on the calm waters as the sun goes down, the unpolluted air and the mangrove-lined coast is the ideal setting for great love stories.

8. LEH (LADAKH)- Centuries ago Leh was an important stop on the silk route from China. Today this remote town, high in the Karakoram Range in the Indus Valley, is the capital of Ladakh. The friendly Ladakhis preserve their Tibetan culture and religion, which after the Chinese take over is becoming harder to find in Tibet. Due to the strong Tibetan and Buddhist influence here the atmosphere and character of Leh is unique in India.

9. SRINAGAR- Srinagar is located in the heart of the Kashmir valley at an altitude of 1,730 m above sea level, spread on both sides of the river Jhelum. The Dal and Nagin lakes enhance its picturesque setting, while the changing play of the seasons and the salubrious climate ensures that the city is equally attractive to visitors around the year.

10. KUMARAKOM- From Cochin a fascinating one & half-hour journey by speedboat or luxury cruiser or a two-hour drive, gets you to Kumarakom – a lovely village surrounded by paddy fields and Vembanad Lake. A boat ride into the countryside offers a close look into an engaging rustic life. On-cruise scenery flashes up vivid contrasts of lush greens and deep blues. As the boat glides along, the gorgeous green of the fringed palms ripples in the blue waters and blend into the little wavelets. A 14-acre bird sanctuary adds to the natural beauty of Kumarakam, Birds (kingfisher, golden-backed woodpeckers, waterfowl, Water Ducks, Cuckoos, Siberian Strokes etc.) nest and spend happy holidays here.